Showing posts from January, 2021
Show All 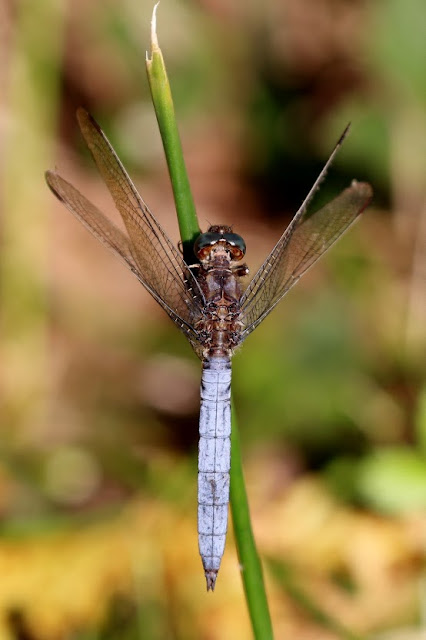 It was a surprise to me to find Keeled Skimmer dragonflies at Holt Country Park during three visits of Honeyguide’s Norfolk breaks   in September, on 10, 17 and 24 September 2020. When I submitted these records, I was interested to find out if this was to be expected or out of the ordinary. But first, some notes on what we saw. On 10 September there were sev eral Keeled Skimmers, mostly blue males. Male Keeled Skimmer, Holt Lowes, 10 September 2020 (David Bennett). On 17 September, numbers were down to two or three though circumstances allowed a close view of a dead male trapped in a spider’s web.  Keeled Skimmer trapped by a four spot orb web spider ( Araneus quadratus ), Holt County Park (=Holt Lowes SSSI), 17 September 2020 (Chris Durdin). Finding one a week later still was a surprise, well into the second half of the month: Jean Dunn’s photograph shows the male on that date. Male Keeled Skimmer, Holt Lowes, 24 September 2020 (Jean Dunn). The tiny round leaves are bog pimpernel.
1 comment
Read more
More posts