Showing posts from March, 2021
Show All

Wells and Stiffkey with Rob Lucking 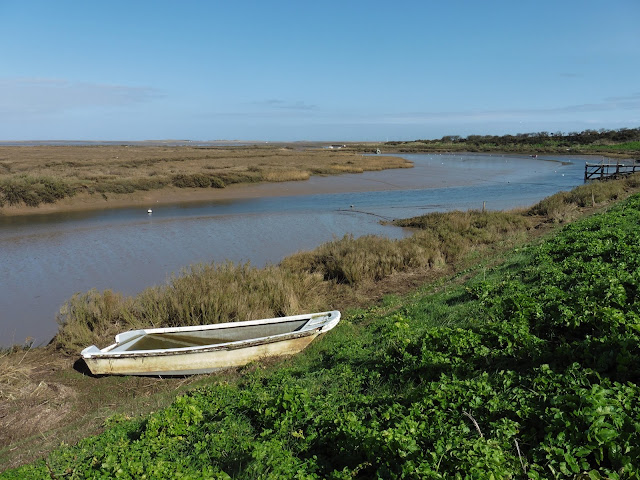 With an eye on local walks and the Honeyguide break in North Norfolk in May, Julie and I joined Rob Lucking* to visit two of his local patches. We met in Wells-next-the-Sea and started by walking along East Quay, opposite the extensive saltmarshes that dominate this part of the coast. There were close groups of brent geese and a nice selection of waders, as you might expect, including curlews, redshanks and grey plovers. But the star birds flew past on the landward side, over the rooftops of the quayside properties: a raven, shortly followed by a second. They were heading west and disappeared from view over the main part of Wells-next-the-Sea. It's not often that I see a new bird for Norfolk. I release that there may be readers of this blog west of Norfolk (just about everywhere!) for whom a raven is an everyday or at least a regular occurrence. Over here in the east, ravens just haven’t been part of the scene for all of my birdwatching life. That’s beginning to change now,
Post a Comment
Read more
More posts