- December 01, 2018
Honeyguide has stopped advertising in Wildlife until the magazine stops arriving in plastic wraps.

I still have the July 2018 Wildlife in which it says: “Immediate Media Co (publisher of Wildlife) is exploring non-plastic wrapping options for subscriber copies by looking at alternatives.” At first that seems positive … but then the same message has been in every magazine since, up to and including December 2018.

Every Honeyguider knows about the challenge to reduce the volume of single-use plastic. The knows about it too. It was the ’s Blue Planet that gave momentum to tackling this issue. The excellent programme Drowning in Plastic programme with Liz Bonnin this autumn added further weight to the campaign.

Immediate Media also publishes the RSPB’s Nature’s Home magazine. The RSPB, National Trust and Butterfly Conservation publications all come in compostable wraps. Easy to recycle paper envelopes are the other non-plastic option, used for the Honeyguide brochure, by some Wildlife Trusts and others.

I raised my concerns when I was approached about advertising in Wildlife during the autumn. My advertising contact sent me a statement, suggesting I’m not the first to ask:

“Thanks for getting in touch with us about this.

Immediate Media hasn’t jumped in immediately to change their magazine wrappers because the company wants to source a genuinely sustainable, low carbon-footprint and non-environmentally damaging alternative to the recyclable plastic it is currently using, rather than choose something that might not be what it appears if you delve beneath the surface.

Some vegetable-based wrappers, for instance, can produce a lot of damaging methane and have a surprisingly high carbon footprint. There are other, more environmentally friendly solutions being produced in , but there are apparently hardly any companies supplying them at the moment. Thoroughly studying what’s available is important and we are investigating our options.

We’re looking to change from the film we currently use, but it won’t necessarily be what other magazine publishers have chosen, and the intention will be to source it in sufficient quantity without adding to deforestation or air miles.
That may take longer but it will be worth it to be sure it is genuinely going to help the environment and not create other, different problems for it in the future.”

These are weasel words. I still have some RSPB contacts, and RSPB Nature’s Home editor Mark Ward kindly replied to say: “The current compostable wrap offers a good alternative and it took several months of research by the RSPB print and production team and considering all options both environmentally and financially, as well as ensuring the magazines arrive safely, before we were happy to make the switch on the adult membership magazine. The wrap we have … comes from waste products from the food industry (frozen chips).“

We can only guess what the magazine's real reasons are, but cost and resistance to change are likely to be key, especially if any change has to be agreed across the stable of magazines.

I said to Wildlife: “I have decided that Honeyguide Wildlife Holidays will not consider advertising in Wildlife until the magazine stops arriving in a plastic wrap. I realise that as an occasional advertiser this has little impact, but it's a point of principle on my part.”

There is more single use plastic around than just magazine wraps, of course: it’s tough to avoid bringing a lot home from any supermarket shop, for example. Nonetheless, this kind of switch is an obvious quick win, a bit like boycotting plastic-stemmed cotton buds or drinking straws, or using reusable shopping bags.

Wildlife magazine has a lot of good content. It also has a ‘contact us’ list on its welcome page and I invite other readers of the magazine to add their voice to Honeyguide’s.

The lack of a water fountain in the main departure lounge at London Stansted Airport continues to bug me. I went through there recently, with Honeyguide’s Picos de Europagroup, and again there was no public water fountain to re-fill water bottles after security.
Stansted Airport advises that catering outlets will fill water bottles, which from my experience is true. The kind people at Pret a Manger did this for me and other Honeyguiders, with such speed and charm that it suggests the request is likely and expected. But how many others would think to ask? That service is not advertised.
Why does it matter? It could be argued that access to drinking water is a basic human need. But for me it’s all about reducing single use plastic. It’s easy to buy bottled water from any number of retail outlets. That won’t stop, but access to a fountain or tap would reduce the volume of plastic water bottles sold and used once.
You’d have to deaf and blind not to realise that single use plastic is an env…
Read more 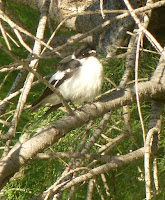 Forty Years of the EU’s Birds Directive
In April, there was a notable anniversary for all nature conservationists. It was 40 years since the European Union’s Birds’ Directive, the first environmental legislation from the EU and still a cornerstone of nature conservation.
More formally this is the ‘Council Directive 2009/147/EC on the conservation of wild birds.’ It is best known for setting up a network of Special Protection Areas (SPAs, as we call them in the UK). It also gives obligations to protect and conserve habitats for 194 species and subspecies, listed under Annex 1: bitterns, pelicans, terns and many birds of prey are just a few of these; passerines are often those with restricted distribution, such as semi-collared flycatcher and trocaz pigeon.
The agreement of the ‘Birds Directive’ in April 1979 coincides with my own career in nature conservation. I arrived at the RSPB’s HQ in the second half of 1978. The UK’s nature legislation had to be improved to implement the Birds Dire…
Read more 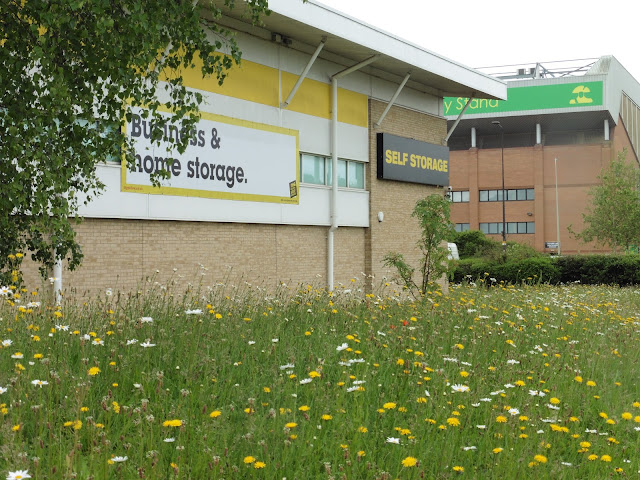 Regular readers will know that I keep a regular eye on some bee orchids that grow outside Big Yellow Self Storage on Canary Way, opposite Norwich City FC’s football ground.

I made my regular visit to count them on 7th June 2019. A rather gloomy day was brightened by counting 42 flowering spikes of bee orchids. Last year they’d dwindled in number to less than ten, and I feared it was the beginning of the end for them. Not so: more the end of the beginning as The Meadow in the Citygoes into a new phase.
In the early years, the bee orchids were on the grass opposite the football ground. Now most of them are growing around the corner. It helps that this year the Big Yellow team has organised that all the grass around two sides of the warehouse-like building has remained uncut. Credit where credit is due: there was reluctance to do this when I first broached the subject in 2009, but now I don’t even have to remind them. Even without the orchids it’s a delight: bumblebees were collecting nect…
Read more