The sun was shining as eight of us gathered in Lady Anne’s Drive, with birds all around us. Noisiest were hundreds of pink-footed geese on the marshes to the west. There was a hunched-up hare by a bramble bush just beyond a curlew. On the other side of the road there were good numbers of wigeons and a large flock of lapwings, with buzzards on two perches.

After a quick visit to the loos at the Lookout Café, we headed through the pines, pausing to pick a piece of the abundant spring beauty under a bush. We turned right and headed for where several birdwatchers were coming and going, the draw here a flock of snow buntings. They were certainly confiding, often mobile with flashes of white in flight, so much so that counting them was quite a challenge: somewhere in the 85-90 range was the conclusion. With them, here some distance from the shore, was a group of 15 sanderlings.

Holkham Estate wardens Andrew Bloomfield and Paul Eele came by and stopped for a chat. Andrew showed us a mystery natural object, which none of us guessed: it was part of the beak of a puffin he’d found on the foreshore. Beyond Andrew and Paul we could see a large flock of knots, wheeling around. We moved on and they’d settled on the sand flats, and I estimated there were 2,500.

Out at sea were two eiders and a tricky-to-find distant flock of scoters. A great black-backed gull on the beach was easier to see. Mostly we looked at the strandline, which we then followed. A few highlights were hornwrack, a top shell, shells of slipper limpets, piddocks and a rayed trough, along with many shells of cockles, oysters, scallops, razor clams and sea urchins.

While we were eating picnic lunches back at the cars there were two ruffs on the marsh near some very close wigeons and a few teals. A snipe was seen better with the help of telescopes and a kestrel came though.

We drove the short distance to the car park on the Holkham Hall side of the main road and set off through the trees. A nuthatch called. We soon encountered a large herd of fallow deer, all hinds, then two single stags. This was near the monument, which we kept at an eye on all afternoon as Rob had seen ravens around it recently, but no luck today, just lots of jackdaws and a pied wagtail that Ann found near the monument’s top. Fallow deer kept us company all afternoon, spread over the pasture by Holkham Hall. At least twice muntjacs dashed through and disappeared into scrubby vegetation.

On Holkham Lake there were two little grebes on the first part that we came to. Heron, little egret and cormorants were soon added, no real surprise there. As we continued, there were gadwalls, mallards, tufted ducks, pochards and wigeons, though by far the most numerous duck species was shoveler. We had no luck finding the reported scaup.

Walking back across the park’s grassland we found a nice group of redwings with a few fieldfares, then mistle thrushes. A marsh harrier flew through. The sun’s disappearance seemed to prompt the movement of large flights of pink-footed geese overhead, heading to feed on sugar beet fields by the full moon that showed beautifully as we returned to the car park.

Written by Chris Durdin; Rob Lucking was our local guide. 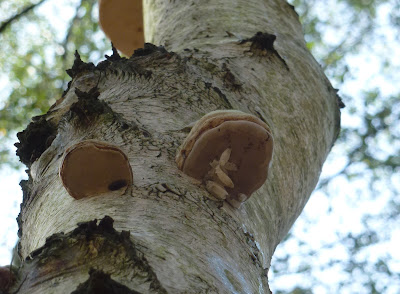